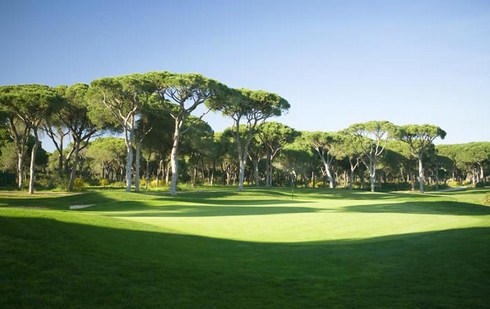 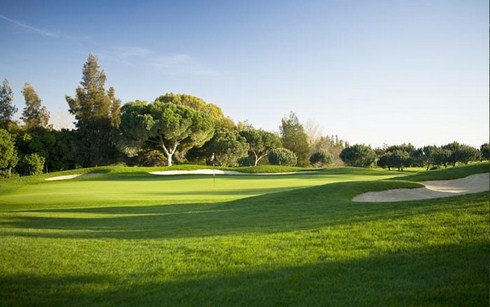 On the way to the east of Algarve, a large property was transformed into a tourist resort, as the result of the imagination and power of a man who believed in the potential of the southern-most province of Portugal, showing the methodical, integrated and controlled ways that should be emulated by our tourism. This man was Cupertino de Miranda, who laid the foundations of Vilamoura in a way to be regarded as an example to be followed. We owe the benefits of Vilamoura to him, no matter what ups and downs this resort has been through. The Vilamoura golf courses are a reality that have turned it into one of the popular golfing destinations in Europe, with four separate layouts of 18 holes. The Millennium Golf Course is composed by the old Laguna 9 holes, called the North Course, and a new 9 hole course located west of the clubhouse.. Refurbishment of the existing nine holes commenced in May 1999 and included the complete rebuilding of the tees, greens and bunkers to improve drainage, a new irrigation system and the planting of more trees, as well as bringing in new topsoil and grasses for fairways, tees and greens. Keeping the original design features, some changes were made, especially to holes 8 and 9, the only ones on this loop with water hazards. The new 9 holes loop offer a layout of different character, style and playing quality to the remaining Laguna Course. The two nines of the Millennium Course complement each other handsomely, remainding the fairways of the Old Course and Pinhal Golf Course.

send
Facilities
Customer reviews
Nice course, tee boxes could of been better
Second time we have played here and not dissapointed
Address