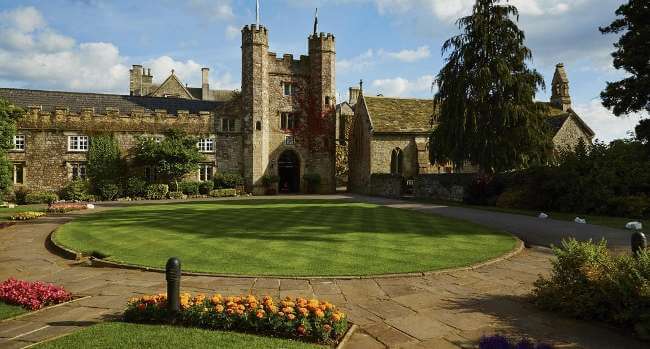 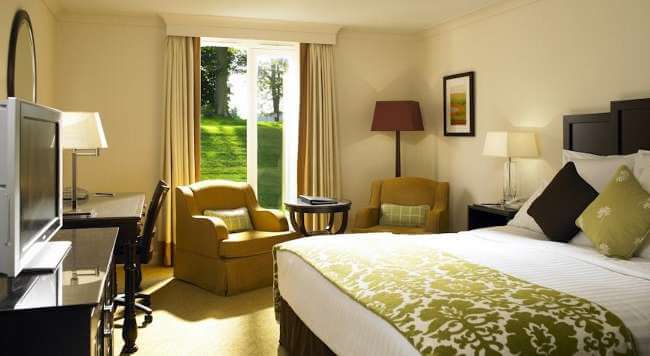 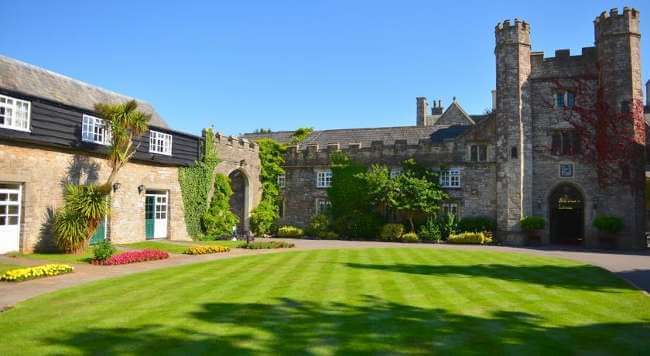 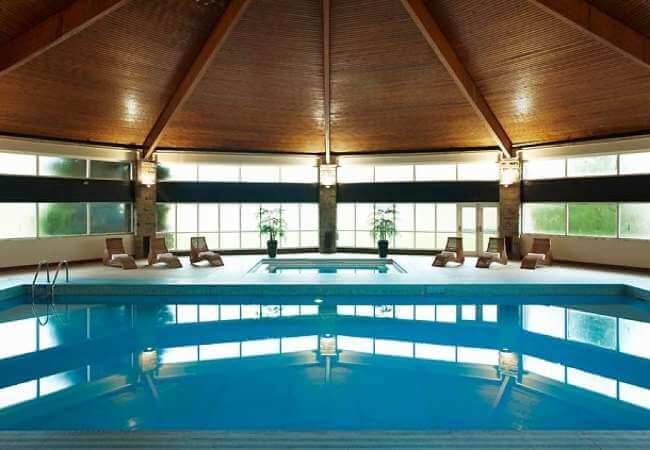 With breathtaking views, 400 acres of picturesque parkland and a stunning 14th century manor, the Marriott St. Pierre Hotel & Country Club is an idyllic retreat. Our resort, set in the rolling hills of South Wales, features the perfect blend of ancient architecture and modern amenities.

Enjoy the summer days overlooking our ornamental lake or while away a winter's evening resting by spectacular log fires. When ready to dine, choose from the oak-paneled, traditional Orangery Restaurant or the contemporary Zest Bar.

Luxuriously appointed with amenities that ensure a comfortable and productive stay

Spacious word desk and high-speed Internet for the business traveller

Other amenities include mini-bar, hair dryer, iron and ironing board, 24-hour room service

A faithful lieutenant to William the Conquerer, St. Pierre was rewarded for his noble service with more than 400 acres in the picturesque Wye Valley in Wales. Six hundred years later, St. Pierre’s manor estate has become one of the premier golfing venues in Europe featuring two 18-hole courses. Nestled among the ancient trees and peaceful hills, St. Pierre Country Club is a top destination for professional and amateur golfers alike.

The Old Course - The Old Course at St. Pierre Country Club has been ranked one of the top 120 golf courses in the world by Golf Monthly. This famous course has hosted over a dozen European tournaments, and past winners at the Old Course include Seve Ballesteros, Greg Norman, and Bernhard Langer.

Ken Cotton first designed the Old Course in 1961 around an 11-acre lake lined with century-old trees. A giant 400 year-old chestnut rules the second fairway, requiring a test of skill to circumvent its reach. Hole 18 is one of the finest finishing holes you are likely to play. It measures 235 yards across the edge of a lake to a raised green, requiring a precision shot to the final putt.

The Old Course was remodelled in 2008 by European Golf Design architect Ross McMurray. Work included the reconstruction and repositioning of all bunkers and the construction of 18 new tee complexes, as well as significant work to improve drainage and irrigation. The 8th and 9th greens have also been rebuilt to USGA specification and the 7th hole remodelled to create a testing dogleg par 5 which is set to open in 2009.

Mathern Course - The Mathern Course at St. Pierre Country Club is shorter than the Old Course, but equally as enjoyable with its stunning parkland design. The shorter length makes it ideal for an early morning game before work or a meeting. The Mathern Course is also a refreshing end to a day spent touring the surrounding attractions in Wales.

The Mathern Course was remodelled in 2007 by European Golf Design architect Ross McMurray. Work included the construction of 18 new tee complexes and the reconstruction and repositioning of bunkers. The project also included significant tree surgery and improvements to drainage and irrigation.