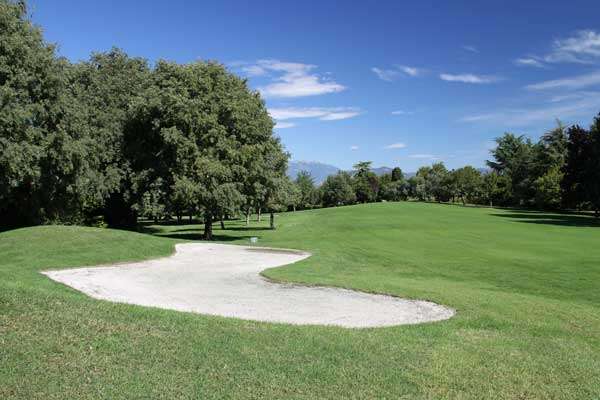 Spread out among vineyards which frame the Custoza hills in the west of Verona, located in an immaculate, picturesque landscape, the Verona Golf Club offers an itinerary for the elite following the traditional golfing tourism of north Europe.
In 1963 a new 9-hole course, skilfully mapped out by John Harris, was opened and, in the following decade, new 9 holes had already been added, as a result of the increased interest the initiative attracted

Thanks to its historical background, its beautiful course, its comfortable clubhouse and, last but not least, the helpfulness and efficiency of its staff as a whole, the Golf Club Verona can easily be considered as one of the most prestigious ones in Europe.

Verona Golf Club has been a supporter of an agronomic, ecocompatible system of management with a low impact on the environment, and this year it has acquired the prestigious green flag. This recognition is given to that small number of golf clubs which take part in the “Committed to Green” project and have achieved first national, then European certification.

Today, Golf Club Verona is one of the most prestigious Clubs for the fascination of the course, the Club House, its history and the genial professionalism of the staff in the various departments.