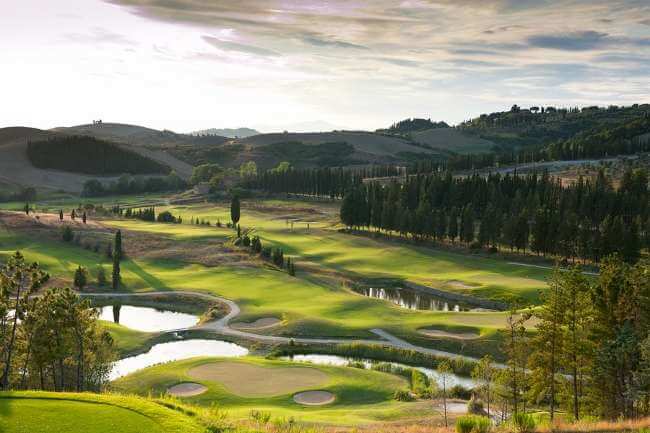 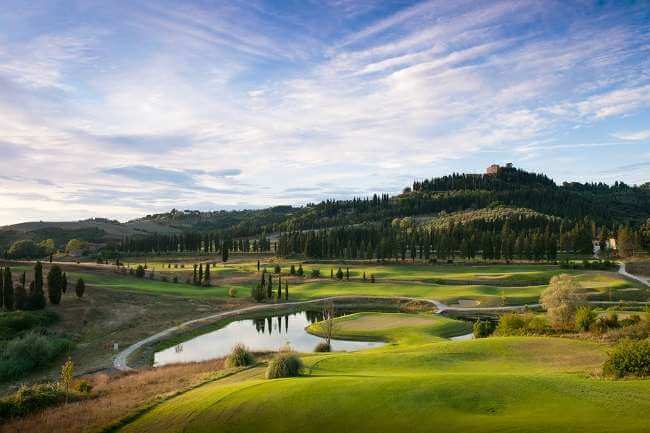 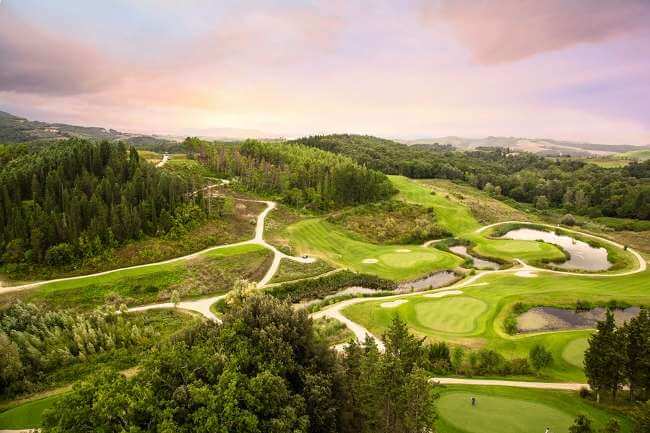 6449 m, Par 73.
A characteristic of the course is that, despite the gradients and the often important undulations, play is generally on the downward slope, rarely on the flat or on a mild upward slope, or at least on slopes that do not create problems for play. There are fairly few bunkers, their aim being only to create elements of alternative choice to the lines of play. The greens are well defended by the bunkers; getting over there requires a fair amount of technique, but at the same time they are not very difficult.