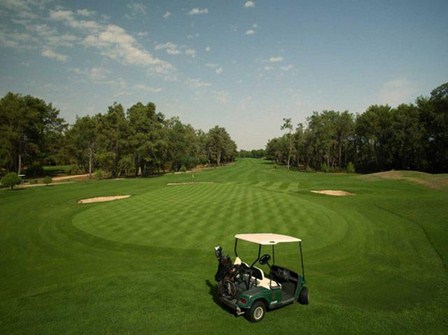 "The First and still the best"

The National Golf Club Antalya was opened in late 1994, and designed by Ryder Cup player David Feherty and Seniors Tour player David Jones, and it is the first golf course in Turkey which has been developed with the guidance and in accordance with the standards determined by European PGA. The National is open to members and limited day visitors.

David Ferherty has incorporated aspects of the best courses he has competed on in the world, and has ensured that no two holes are similar.

Carved through a forest of eucalyptus and pine trees with the back-drop of the snow capped Taurus Mountains and an abundance of natural lakes, the National will test players of all abilities.
The National was opened in late 1994, but it has taken only six years to win international recognition in the year 2000 rankings of UK's Golf World magazine as the number 42 and in the year 2001 rankings' as the number 39 golf course in mainland Europe, and also in Germany's Die Welt magazine as the number 9 golf course on the European Mediterranean coasts in 2000 and number 16 in the world in 2002 and 2004 (Germany Golf Journal Magazine).

send
Facilities
Customer reviews
We played the irmak and ada courses this year which were both very enjoyable. The condition of both courses was excellent and staff well organised and welcoming. Dec19
Great course.
Address