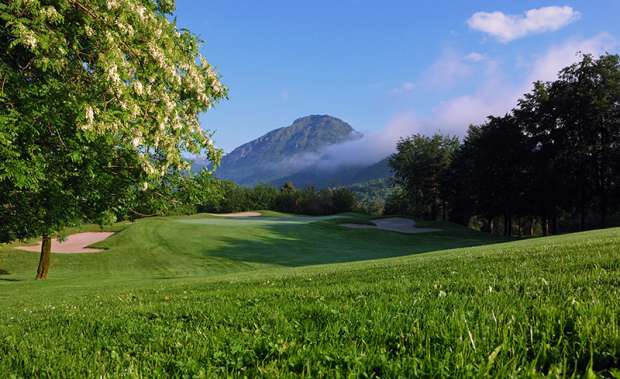 5277 m, Par 69. It was in 1907 that a certain Mr. Wyatt, son and heir of a wealthy British subject, came as a tourist to the hills above Grandola and Uniti. He fell in love with the place and settled there with his wife. A perfect English gentleman cannot survive without his game of golf and Mr. Wyatt was no exception. He organized a makeshift 9-hole course which soon became a favourite meeting place for golf-lovers in the area. In the fifties the Golf Club was handed over to Italians. Antonio Roncoroni deserves special praise for the considerable improvements made to the club with skilful alterations which have conserved the typically British tradition and style.