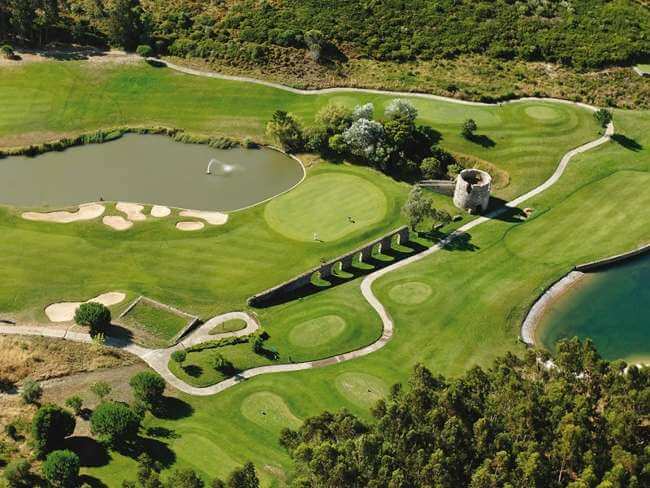 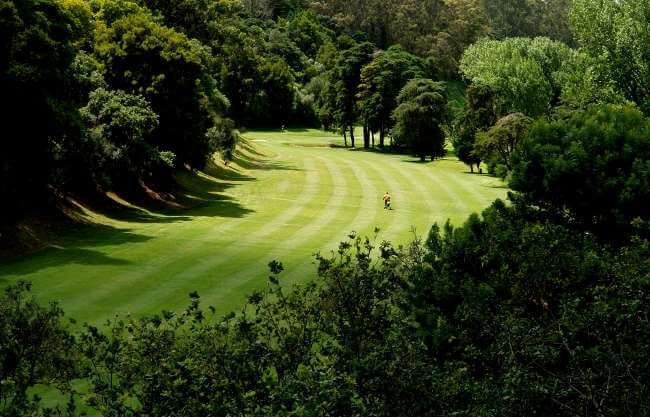 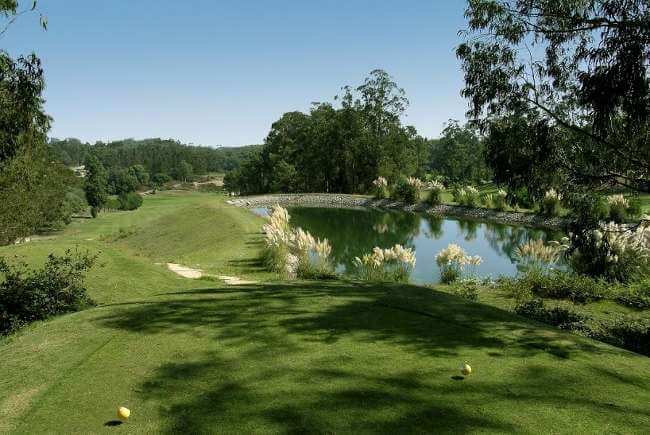 The history of Lisbon Sports Club began with the traditional craving for sports by British residents, who started some organised activities - cricket, football and tennis - in Lisbon, around 1880, where the Bull-Ring at Campo Pequeno is to be found today.

At that time there was not yet any golf. It began to be played about 1900 in Algês with a six-hole course. After some time at Carcavelos and Ajuda, Lisbon Sports Club settled in Belas in 1962, first with a nine-hole course, a project by Hawtree & Son, then expanded to 14 holes and now 18 holes. The last four were opened in 1992.

The Carregueira course at Belas is a par 69 with a total length of 5,278 metres, crossed by a brook - as a matter of fact it is the river Jamor - that decisively influences the way the l2th hole is played.

Carregueira is not a long course but it demands knowledge of all the pitfalls that the brook conceals. That is why the positioning of strokes, and sometimes approach shots are of utmost importance. And it is a tricky course, where even good players seldom achieve good scores.
The opening hole is a l70-metre par 3, with obstacles all around: the brook in front and to the side, a hill on the left, two bunkers before the green and others, at the side and behind, are some of the ingredients that are not recommended for those who want to eliminate the stress of the week. The 3rd, another par 3 with similar features to those of the first hole, but about 180 metres long, is a very beautiful hole. Another par 3, the 8th is rather short, but has a green that is considered by some players to be faster than the ones at Augusta.

But the best hole is the 18th, a 442-metre par 4, influenced by the brook in six places and with a rather narrow green, surrounded by cypress trees alongside the brook.