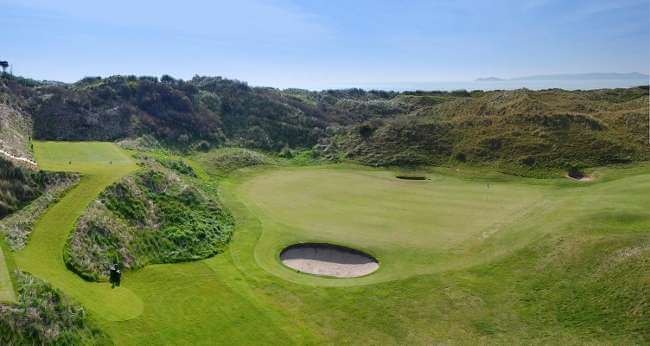 The Island Golf Club is one of Ireland's Premier Links Courses. A mere 15 minutes from Dublin Airport, this Championship Links Course is located across the estuary from Malahide, just North of Portmarnock. Founded in 1888, The Island Golf Course is located just four miles from Dublin Airport. For close to one hundred years the only way to get to The Island was by a row boat. And for the first half-century you needed an invitation. Originally the private preserve of a clutch of well-to-do Dublin bachelors, The Island Golf Course almost went bankrupt in the 1950s, and has only reasserted itself as one of Ireland's premier courses in the last five years. But if you think The Island's history is topsy-turvy, wait until you play the links. It's an up-and-down journey over some of the world's most rambunctious linksland. Raw and stirring, The Island would not be out of place on Ireland's Wild West coast, and there are a number of singular golf holes that burn into the memory. The Island Golf Club is delighted to announce that it will be the Irish qualifying course for the Open Championship. They will be hosting this qualifying event from 2005 through to 2010. In 2004, the Ladies Amateur Close Championship and the European Youth Amateur Championship were hosted at the Island.