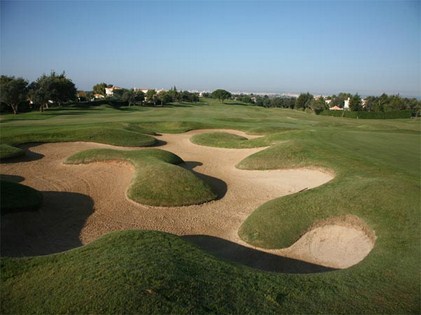 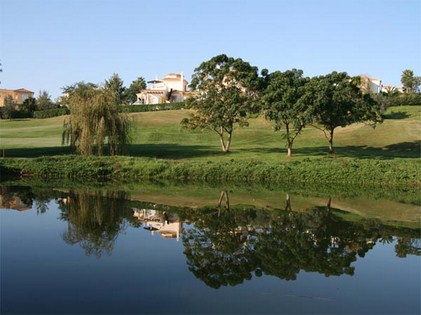 £359 per person
Offer valid for booking before the 31st December 2020
Flights & Transfers not included, please contact us for details.
Supplements will apply for Christmas and New Year, please contact us.
The above is subject to availability, terms and conditions apply

£519 per person
Offer valid for booking before the 31st December 2020
Flights & Transfers not included, please contact us for details

The above is subject to availability, terms and conditions apply

Carvoeiro Golf is a complex with two golf courses - Gramacho, inaugurated in December 1991, and Vale da Pinta, in October 1992, located between Lagoa and Carvoeiro. Both were designed by the well known architect Ronald Fream. Gramacho has an interesting formula of 72 tees, nine fairways and 18 greens. In the traditional undulating landscape of the Algarve, full of almond and carob-trees, Gramacho is played to 18 large double greens, giving the player a different perspective on each of the rounds. Gramacho seems to be a short course, but as matter of fact it totals 6,107 metres and it is a par 72 off the back tees, and a good challenge for whoever would like to imagine himself playing the double greens of St. Andrews.

send
Facilities
Customer reviews
Stunning course, giving both high and low handicappers a decent chance. With great views, water on a few holes and brilliant greens, this is a gem! Best clubhouse and with a stunning view back down the 18th from the terrace, makes the beer even tastier!
Address