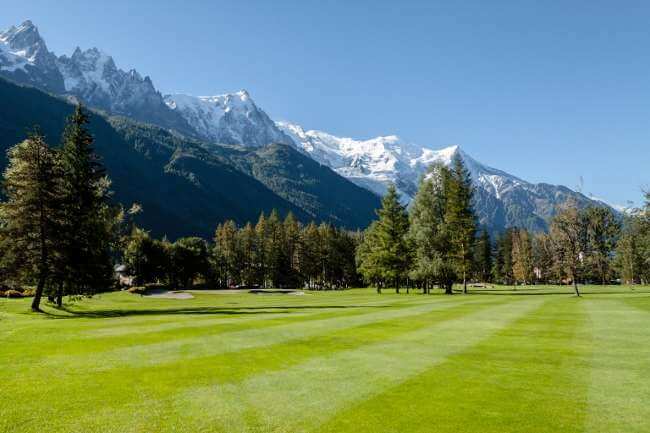 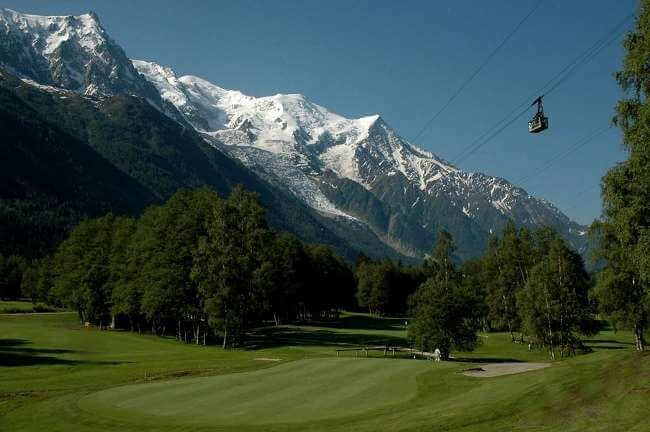 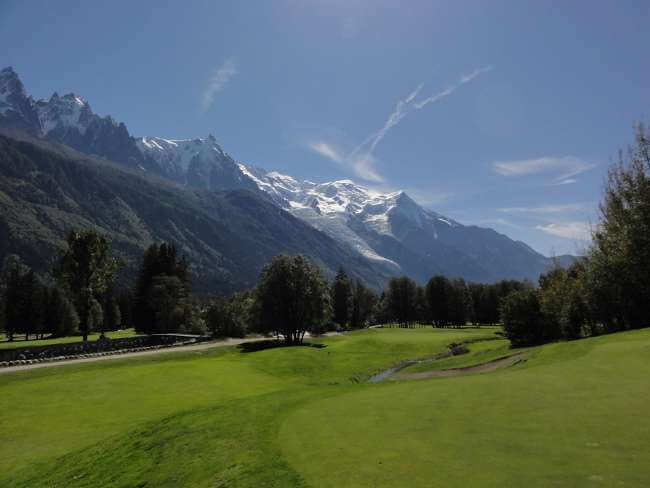 The 18 hole golf course at Chamonix was designed by the world famous Robert Trent Jones Senior in setting between the Mont-Blanc range and the massif of the Aiguilles rouges.
The creation of the golf course in the valley goes back to the 1930's. It was proposed by some of the hotel owners (the Savoy, the Alpes, and the Simond) to provide interest for their English guests spending the summer in Chamonix. After a search for enough suitable land for the layout of a golf course, the " les Praz " site was finally chosen by Mr Lavaivre, Mayor of Chamonix at the time.Incidentally, it was the two half-tracks of the "Croisière Jaune ", offered by Mr André Citroen which were used to pull the tree-stumps out of the ground ; in winter these vehicles were used for ski-joring... The golf course began with four holes in 1934 and the nine hole course was completed the following year and officially opened on the 20th July 1935. The extension to 18 holes, although difficult to carry out because of land ownership problems in the valley, was decided upon by the local council in 1972.
After several years when land was being acquired and surveys were being undertaken work began in1977 and the 18 hole golf course was inaugurated on 26th September 1982.The new golf course and its facilities were achieved thanks to the initiative and determination of Mr Maurice Herzog who wished to ensure that Chamonix had " 18 holes " of a suitably high standard and also thanks to the efforts of the two mayors who succeeded him, Mr Christian Couttet and Mr Michel Charlet.