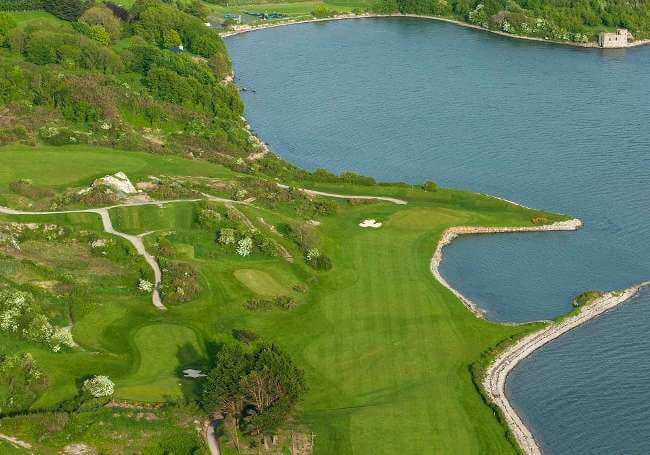 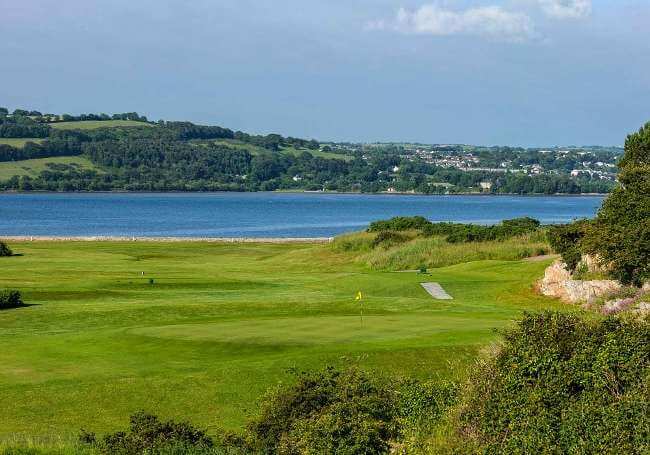 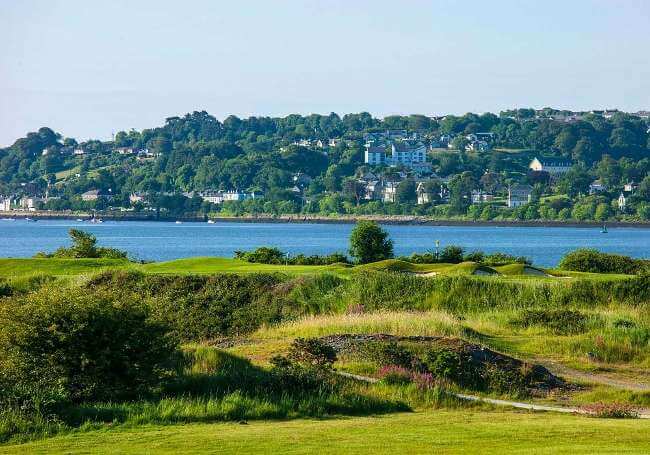 Founded in 1888 and redesigned in 1927 by Alister Mackenzie, this championship parkland course is as graceful and mature as its age would suggest.

The one major problem with Little Island, as Cork Golf Club is known, is that after playing it you will need rose-tinted spectacles to go anywhere else. Permanent migration could be a serious consideration.

For the club golfer, Little Island comes as close to perfection as makes no difference. It has beauty, variety and challenge in equally generous scoops, and a fellow has only to see a couple of holes to begin ruminating on the luck of the Irish and how they have managed to pull it off again!

Consider the variety first: the course that bred famous Irish amateur Jimmy Bruen opens with several holes of classic parkland, broad rolling acres of emerald turf studded with stands of ancient trees, rising gently to an escarpment overlooking the River Lee. From there comes an easy descent to two holes hugging the river bank over country rich in gorse and with a distinct touch of heathland.

They lead to a series of holes played through and around an ancient quarry. Here lies the 6th hole, its tee near the river, its fairway rising slowly to a plateau to give sight of the green, no more than a short iron away, tucked into a corner of the quarry wall. Your first thought will be of a secret garden.

The green at the short 7th, too, is isolated, serene and totally alluring. It’s awfully difficult to concentrate on the task at hand.

Then follow two more holes dominated by the quarry before a gentle climb to more parkland via another glorious short hole, played through woodland to an elevated green.

If there’s more idyllic golf, even in a land so rich with it, then it’s being kept secret. It was a captivating experience that had me re-assessing my list of favourite courses – an occupational hazard in Ireland!

What’s more, its pedigree matches the setting. The present course was designed by Alister Mackenzie in 1927 and the maestro produced a masterpiece, still largely extant although lengthened a touch over the years. Hence the degree of challenge to the scratch men I watched.

However, the less gifted among us, best use the forward tees (6,242 yards) because from further back there are some white knuckle carries over gorse and rough to partially hidden fairways.

In such a rolling landscape more that a few of the greens are elevated or domed – the trio of par-3s are memorable – and all but two are cunningly bunkered.

All of which means that accuracy off the tee is vital, and imagination and precision with the irons equally crucial! And you’d better know a thing or two about the short game if you’ve ambitions towards winning the drinks.

Play half decent golf and you won’t have a finer day’s sport, nor see a lovelier course so impeccably presented. Get down to your optician immediately for those rose-tinted specs.