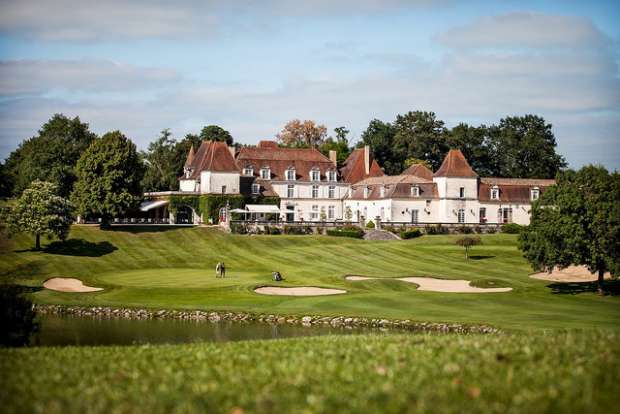 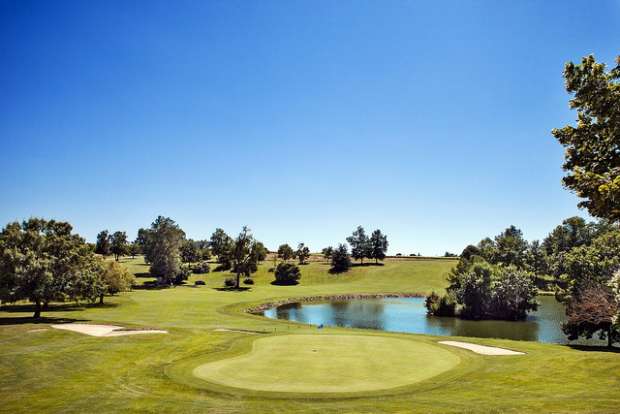 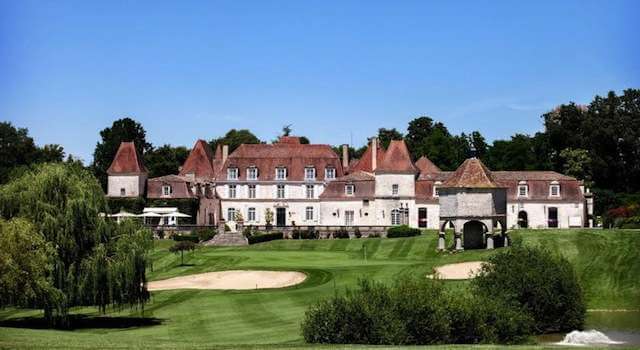 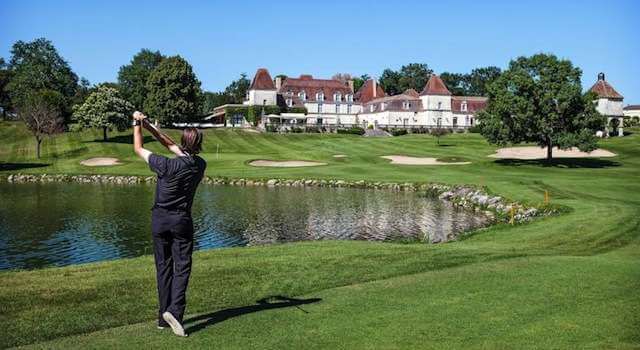 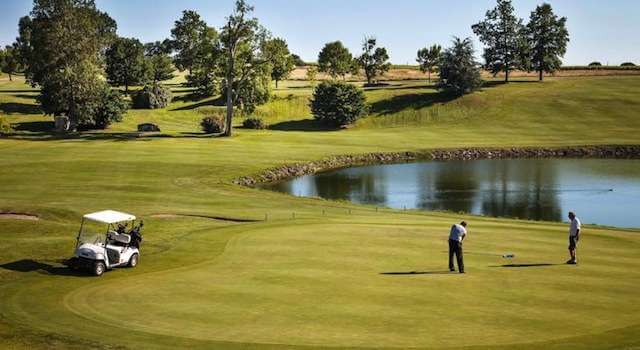 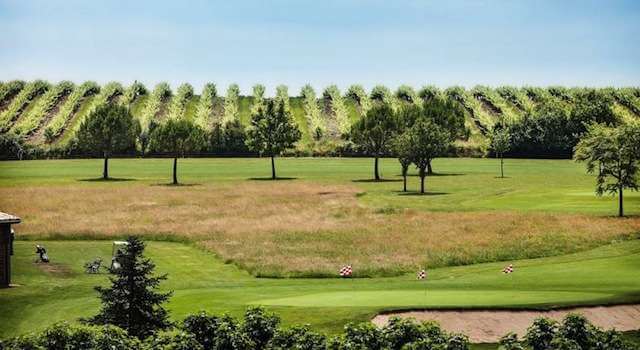 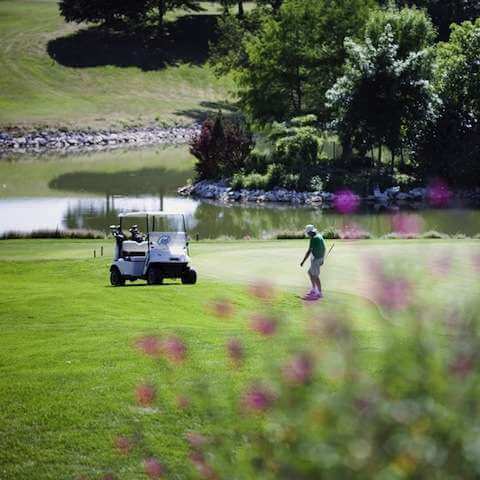 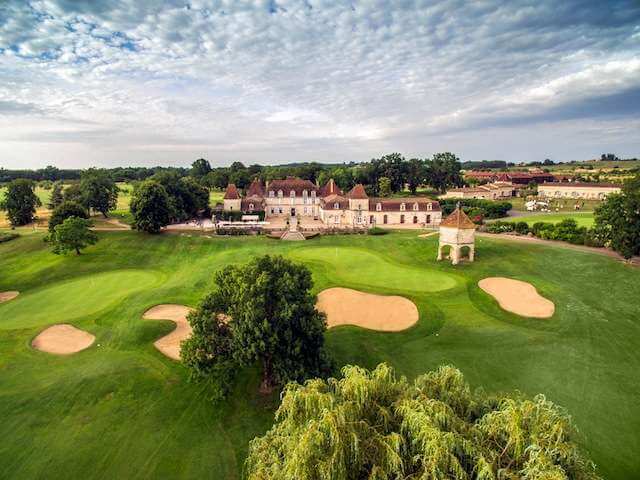 Donald Steel, considered to be one of the very best "natural" golf course architects, created this unique 18-hole, par 72 course in its enthralling setting amidst plum trees, oak woods, lakes and vineyards. Donald, who has contributed to many world-famous courses such as the Jubilee and Eden courses at St. Andrews as well as Chantilly in France, designed the course with the Château as its centrepiece; the 9th and 18th finishing off in front of the Château; and many of the other undulating greens with different perspectives of the Château. When asked by Golf World to name his favourite hole from his long career, Donald chose the eighteenth at Château des Vigiers, with its dogleg over a ridge for the second shot over the lake on to the green, in front of the Château. It was subsequently described in Golf World under the heading "Vintage Finale".

2008 marks the opening of a new 9 hole course designed by Donald Steel. The new 9 will integrate with the existing 18 holes to provide a wider variety of playing conditions. The first three holes will prove memorable; running through a beautiful valley.

Château des Vigiers' courses are maintained as a holiday courses with short rough, promoting quick play and accessibility for higher handicaps. However, the greens are frequently lightning fast and prove a test for any golfer. With strategic pin positions and longer rough, the course can be turned into a challenge for the best golfer. Indeed, one of our Members, Per Ulrik Johansson, who played for the winning European team in both the 1995 and 1997 Ryder Cup, took five years to get down from his initial score of 75 to 66, now the course record. He adds "It is an interesting and enjoyable course with tough greens. There are a few really great holes and a lot of good ones." John Bickerton, winner of the French Open in 2006, spends quite some time at Vigiers when he's not representing us on the PGA Tour. He enjoys playing with members and guests and is invited to join us during Easter and the annual "Coupe des Vigiers"