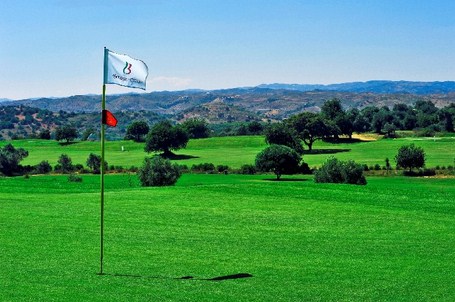 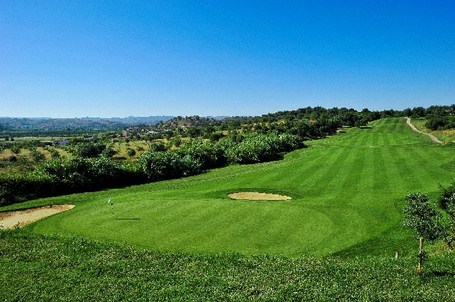 This new course was designed by Sir Henry Cotton and is located in an area of the Algarve that until quite recently had no infrastructures at all for golfers.

In 1986, Sir Henry Cotton was inspired by an old church in the Quinta de Benamor to set up what was to become the clubhouse of the first golf course in the eastern region of the Algarve. But the legendary British champion and golf architect died in the following year and the project underwent a number of changes, introduced by Howard Swan and Raymond Jones, before its final layout was eventually decided upon. The course was officially opened in 2000. Although the church’s treasures were completely stolen over the years, it is now being fully restored, so that it can be reopened for religious worship; the clubhouse has been built next to the church and the estate’s old manor house.
The course is an undulating one, although not excessively so, offering views over the mountains to one side and the sea to the other. Here, the most common trees are the carob, the olive-tree and the fig-tree. In each half of the course, the first few holes are the easiest to play and birdies can be obtained without too much difficulty, although the following ones are longer and therefore harder to play. The greens are reasonably wide and the ball is retained here quite easily.

By checking this box, I acknowledge having read the privacy policy. View privacy policy
send
Facilities
Customer reviews
The course is well maintained, but is really for beginners as many greens are driveable. Good fun though.
Address